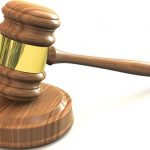 A US District Court in Manhattan has found Mark Scott guilty of laundering $400 million in proceeds from “OneCoin”, a scheme linked to Bulgaria’s Ruja Ignatova.

Scott, a former equity partner at the law firm Locke Lord LLP, laundered about $400 million in proceeds of a massive international fraud scheme known as “OneCoin” through fraudulent investment funds that Scott set up and operated for that purpose.

Scott was paid more than $50 million for his money laundering services, which he used to buy luxury cars, a yacht, and several seaside homes.

Berman said:  “Mark S Scott, an equity partner at a prominent international law firm, used his specialized knowledge as an experienced corporate lawyer to set up fake investment funds, which he used to launder hundreds of millions of dollars of fraud proceeds.  He lined his pockets with over $50 million of the money stolen from victims of the OneCoin scheme.  Scott, who boasted of earning ‘50 by 50’ now faces 50 years in prison for his crimes.”

As reflected in the indictment, documents previously filed in the case, and evidence introduced at trial:

“OneCoin” is a massive pyramid fraud scheme, the statement said.

“OneCoin Ltd. was co-founded in or about 2014 by Ruja Ignatova, and is based in Sofia, Bulgaria.  Scott was introduced to Ignatova in late 2015, and began laundering OneCoin fraud proceeds in 2016.  Ignatova served as OneCoin’s top leader until her disappearance from public view, in or about October 2017.

“OneCoin Ltd. operates as a multi-level marketing network through which members receive commissions for recruiting others to purchase cryptocurrency packages.  OneCoin Ltd. has claimed to have over three million members worldwide, including victims living in the Southern District of New York.”

Records obtained in the course of the investigation show that, between the fourth quarter of 2014 and the third quarter of 2016 alone, OneCoin Ltd. generated 3.353 billion euro in sales revenue and earned “profits” of 2.232 billion euro.  OneCoin continues to operate to this day.

Among a number of other representations, OneCoin Ltd. has claimed that the OneCoin cryptocurrency is “mined” using mining servers maintained and operated by the company, and that the value of OneCoin is based on market supply and demand.

The purported value of a OneCoin steadily grew from 0.50 euro to approximately 29.95 euro per coin, as of in or about January 2019.  In fact, the value of OneCoin is determined internally and not based on market supply and demand, and OneCoins are not mined using computer resources, the statement said.

“Moreover, the investigation has revealed that Ignatova and her co-founder conceived of and built the OneCoin business fully intending to use it to defraud investors.”

Scott – who was employed between June 2015 and September 2016 as an equity partner at Locke Lord LLP, a prominent international law firm – was first introduced to Ignatova in September 2015.

Beginning in 2016, Scott formed a series of fake private equity investment funds in the British Virgin Islands known as the “Fenero Funds.”  Scott then disguised incoming transfers of approximately $400 million into the Fenero Funds as investments from “wealthy European families,” when in fact the money represented proceeds of the OneCoin fraud scheme.

Scott layered the money through various Fenero Fund bank accounts in the Cayman Islands and the Republic of Ireland.  Scott subsequently transferred the funds back to Ignatova and other OneCoin associated entities, this time disguising the transfers as outbound investments from the Fenero Funds.

As part of the scheme, Scott and his co-conspirators lied to banks and other financial institutions all over the world, including to banks in the United States, to cause those institutions to make transfers of OneCoin proceeds and evade anti-money laundering procedures.

Scott, who boasted about earning “50 by 50,” was paid more than $50 million for his money laundering services.  He used that money to purchase, among other things, a collection of luxury watches worth hundreds of thousands of dollars, a Ferrari and several Porsches, a 57-foot Sunseeker yacht, and three multimillion-dollar seaside homes in Cape Cod, Massachusetts.

Scott was arrested near one of his seaside homes in Barnstable, Massachusetts, on September 5 2018.

Sentencing before Judge Ramos is scheduled for February 21 2020.