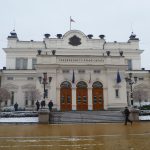 The seven include one of the country’s most well-known singers, two film directors, a poet, a scriptwriter and two composers.

The pensions granted by Parliament, approving a proposal by the Cabinet, amount to 700 leva (about 350 euro) a month.

In all, there have been 130 applications for such pensions recently. Of this sum, 54 have been recommended for approval.

The individuals granted the pensions by vote of Parliament include Lili Ivanova, the well-known singer born in Kubrat in 1939, Angel Wagenstein, born into a Bulgarian Jewish family in 1922 in Plovdiv and who has made a name as a film director, as well as fellow film director Georgi Dyulgerov.