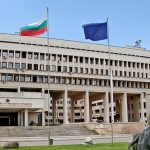 Bulgaria’s Ministry of Foreign Affairs has summoned Serbian ambassador Vladimir Ćurgus for an explanation after a Serbian MP, Miloven Drecun, alleged that spies from Bulgaria were operating against Serbia from a clandestine intelligence centre in North Macedonia’s capital city Skopje, Bulgarian National Television reported on November 22.

Drecun, seen as close to Serbian President Aleksandar Vucic, alleged that Bulgaria was conducting “hybrid attacks” in Serbia. The Serbian MP alleged that spies from Croatia, Germany and North Macedonia also were working against Serbia.

The episode arises from video that appeared in media in Serbia, purportedly showing a former Russsian deputy defence attache in Belgrade handing money to a retired Serbian officer.

“The fact that Serbia has problems, they are apparent, does not mean that Bulgaria should be a scapegoat…diverting attention from domestic problems in Serbia,” Karakachanov said.

BNT quoted Colonel Ivan Penkov, former deputy head of Bulgaria’s Military Intelligence, as saying that Bulgaria’s Nato and EU membership was being attacked “along with our supposed jealousy about the warm relations between Russia and Serbia.”

This is the second time in 2019 that Serbian ambassador Ćurgus has been carpeted by Bulgaria’s Foreign Ministry.

In July, he was summoned to be told that Serbian Foreign Minister Ivica Dačić’s comments regarding Bulgarian Prime Minister Boiko Borissov and the Kosovo issue were unacceptable.