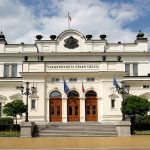 Six members of the National Assembly have resigned as MPs after being elected to local government.

The resignations were accepted by a vote by MPs on November 8.

Five are from the opposition Bulgarian Socialist Party (BSP), of whom four were elected mayors.

Anelia Klisarova of the BSP is to take up her seat as a city councillor in Varna. She was the BSP’s candidate for mayor of Varna in the October 27 2019 elections, but was eliminated at the first round.

Hristo Grudev has resigned as an MP for Prime Minister Boiko Borissov’s GERB party because he has been elected as mayor of Assenovgrad.

Earlier, on October 30, Parliament voted to accept the resignation of Volen Siderov as an MP so that the Ataka leader could take up his seat as a city councillor in Sofia.