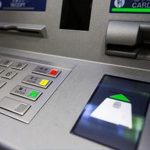 In a regular report on regional economic prospects, for November 2019, the EBRD said that its forecast for economic growth in Bulgaria in 2019 was now 3.7 per cent, up by 0.3 per cent from its forecast in May. Its forecast for 2020 was for three per cent growth.

The EBRD said that the Bulgarian economy grew robustly at 4.2 per cent year-on-year in the first half of 2019.

Household consumption continued to be the main source of growth, fuelled by strong lending activity, increased earnings and a higher employment rate amid the tightening labour market.

Unemployment was down to almost four per cent as of June 2019, while nominal wages kept growing at high single-digit rates.

The government raised the monthly minimum wage by 10 per cent in January 2019, to 286 euro.

Investment also continued to contribute positively to growth, although at a slower pace than in 2018, the EBRD said.

Government spending rose in 2019, mainly due to a one-off large army-related expense, and the budget may be in deficit after three consecutive years of budget surpluses.

Public debt stands at around 21 per cent of GDP, one of the lowest percentages in the EU.

The economy is expected to grow by a solid 3.7 per cent in 2019 and 3.0 per cent in 2020, broadly in line with the country’s current growth potential, the EBRD said.

Growth is likely to be underpinned by private consumption, which typically fuels economic activity.

Investment should also contribute positively to growth, as the absorption of EU funds is accelerated towards the end of the 2014-20 funding period and the government embarks on a major energy investment cycle.

Key risks to the outlook are prolonged weakness of major trading partners, particularly that of the eurozone, and an exacerbation of current labour shortages, the EBRD said.