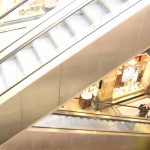 A regular three-month poll by the National Statistical Institute (NSI) has found that consumer confidence in Bulgaria was slightly higher in October 2019 than in July.

In October 2019, the total consumer confidence indicator increased by 1.1 percentage points in comparison with July, the NSI said on November 8.

Consumers had a more positive view about the general economic situation in Bulgaria, with the indicator up by two percentage points, the NSI said.

Their forecasts for the coming 12 months were also more positive, by 3.3 percentage points.

Residents of urban areas were more positive about the financial situation of their households, but opinions among rural inhabitants were more unfavourable.

Consumers continue to consider that over the past 12 months there has been an increase in consumer prices, but at a lower rate, in comparison with the assessments registered three months earlier.

At the same time, their inflation expectations for the next 12 months are less intense.

Consumers’ expectations about unemployment in Bulgaria over the next 12 months were about the same as in July, the NSI said.

The poll found that consumers’ intentions about major spending items such as buying or building a home, and carrying out home improvements, were more positive, the NSI said.