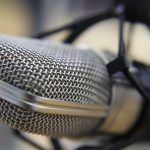 A political storm and official investigations have ensued after public broadcaster Bulgarian National Radio (BNR) went off the air for five hours on September 13 amid controversy over senior staff changes.

The drama erupted after reports on September 12 that veteran broadcaster Sylvia Velikova was being taken off the air.

Velikova, a presenter of a morning broadcast on the Horizont programme on BNR, alleged that she had been told that she was being removed from her post because of her support for protests against Deputy Prosecutor-General Ivan Geshev being nominated to become Prosecutor-General.

On the late evening of September 12, BNR announced that Horizont would be off the air from 6am to 11am on Friday because of technical maintenance of transmitters. Bulgarian media reported, however, that the real reason was that all of Velikova’s colleagues who had been asked to take over her morning slot on September 13 had turned down the offer in solidarity with her.

In a Facebook post late on Thursday night, Velikova said that she had spoken to her management and was being reinstated on air.

On Friday morning, a large number of journalists held a protest outside the BNR building in Sofia, in defence of media freedom.

Radio journalist Nikolai Krastev, appointed acting head of Horizont on Thursday, announced his resignation from the post on Friday.

The Prosecutor’s Office announced on the morning of September 13 that Prosecutor-General Sotir Tsatsarov had ordered an investigation into the suspension of broadcasting of Horizont. The move came after a letter from the State Agency for National Security (SANS) saying that given that BNR is by law an object of national strategic significance, stopping broadcasting is a risk to national security.

The investigation, which has a three-day deadline for completion, is to involve SANS, the Council for Electronic Media and the Communications Regulatory Commission. The announcement said that the investigation would be carried out under the direct supervision of Deputy Prosecutor-General Ivan Geshev.

The Council for Electronic Media and the Communications Regulatory Commission already had announced they had initiated investigations into the matter.

Krastev, announcing his resignation, said that he had taken the decision as a moral act, saying that his actions had “caused a wave of bewilderment, both at Horizont and beyond BNR.

“This is my personal mistake and a lack of administrative experience. For me, as well as for other colleagues, my appointment as acting director of Horizont was unexpected,” Krastev said.

Speaking to journalists on September 13, Prime Minister Boiko Borissov denied that he had exerted pressure for Velikova to be taken off the air.

Borissov described the situation around Velikova as “outrageous”. He said that on the night of September 12, he had called Velikova, whom he had known since his days at the Interior Ministry when she was a crime reporter, and she had thanked him for his support.

In Parliament, the leader of the opposition Bulgarian Socialist Party, Kornelia Ninova, said that the Velikova matter was “yet another attack on freedom of expression”.

“Many, not just journalists, who criticise the authorities and have differing opinions, have been fired from their jobs,” Ninova said.

BNR management said on Friday that Velikova had not been taken off the air, but had been reassigned, because she had issued a protest call on air while on leave and thus had violated the Labour Code. The statement alleged that Velikova had not practised a plurality of views and had presented topics in a one-sided way. It went on to accuse her in a case involving failure to protect private information about a minor.

In a statement, the Association of European Journalists Bulgaria asked BNR and those in power who had decided to take Horizont, the most-listened to BNR programme, off the air at what was usually its peak time.

The association challenged BNR management to cite any cases “in recent years or even in the history of the radio station” when all transmitters had been switched off at the same time.

It asked whether there had been any co-ordination with other institutions and whether there was correspondence with the Communications Regulatory Commission, the Council for Electronic Media or any other body regarding the intention to suspend broadcasting.

The statement said that the state had failed to comply with its obligation under the Radio and Television Act to ensure the broadcasting of BNR and Bulgarian National Television programmes, thus violating the constitutional right of the population to information.