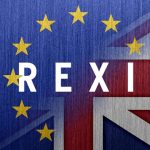 Almost 1.34 million EU citizens living in the UK have applied to the EU Settlement Scheme which recognises them as “settled” citizens, thus granting them permanent residence in the country after Brexit.

About 1.15 million of them have had their applications approved.

The latest official statistics by the Home Office cover up to the end of August.

The most applications (240 000) have been submitted by Polish nationals, who make up the most populous foreign community in the UK.

Romanians come in second with 187 600 applications. Nationals of Bulgaria have also applied in large numbers , namely 70 600 of them, and they rank sixth in the list.