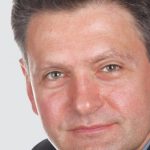 Nikolai Malinov, the president of Bulgaria’s Russophile Movement who is facing charges of spying for Russia, has rejected the allegations, saying that he found them personally offensive.

Malinov denied that he had received money from Russian businessman Konstantin Malofeev.

On September 10, announcing the charges against Malinov, prosecutors linked Malinov’s name to those of Malofeev, Tsvetan Vassilev – who is facing serious charges in connection with the collapse of Corporate Commercial Bank, of which he was the majority shareholder – and arms dealer Emilian Gebrev.

Malinov said that he had known Malofeev for some years. “We think the same way, we understand in the same way how our world is structured – we are fighting for traditional values and a multipolar world.”

He said that such charges last had been laid in Bulgaria in 1978.

He said that he always had been public about the causes he supports.

“That I have been following the deals related to Tsvetan Vasilev – well, yes! I follow them – those who bought his businesses – they should be prosecuted. Do they intend to pursue me?” he said.

Malinov said that he had introduced Vassilev to Malofeev. “Is that something bad? What their relationship is, I don’t know and I’m not interested. The reason was that Tsvetan Vassilev was left o the street, at risk of losing his life and his family, and he asked for a connection to influential circles in Russia.”

He said that he was acquainted with Delyan Peevski, the controversial business owner and MRF MP, and with Sergei Stanishev, former leader of the Bulgarian Socialist Party and former prime minister.

“Delyan Peevski and Tsvetan Vassilev had offices next to each other – he was his right hand,” he said.

Malinov said that he had used his phone to put politicians and other Bulgarians who wanted to get in touch with Leonid Reshetnikov (a former KGB general who, it was announced on September 10, has been banned for 10 years from entering Bulgaria) in contact with him.

One example was Ventsislav Stefanov, who arranged for BSP leader Kornelia Ninova to meet Reshetnikov in 2016 before Bulgaria’s presidential election.

Malinov said that his closeness to Reshetnikov is also due to the ties of his father, who was an officer in the headquarters of the former State Security, Bulgaria’s communist-era secret service.

In the National Assembly on September 11, Prime Minister Boiko Borissov’s GERB party requested a hearing of State Agency for National Security head Dimitar Georgiev and Interior Minister Mladen Marinov about the latest up-to-date data on the arrest warrant and charges of espionage against Malinov.

The BSP proposed that Prime Minister Borissov be called for a hearing, because he is in charge of national security.

National Assembly Speaker Tsveta Karayancheva said that she would contact the three about today’s sitting.