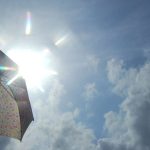 For a third day running, Bulgarian authorities have issued the “Code Orange” warning of dangerous weather for the south-western district of Blagoevgrad because of forecast high temperatures for August 14, as the heat wave claimed its first victim.

An Italian national residing in the Vratsa district in northwestern Bulgaria suffered a heart attack while in his car, caused by the heat, public broadcaster Bulgarian National Television reported.

A large part of central and western Bulgaria remained subject to the lesser “Code Yellow” warning of potentially hazardous weather because of high temperatures.

In the afternoon, western Bulgaria could expect an increase in cloud cover and scattered thunderstorms. Rain was forecast throughout most of the country on Thursday, with temperatures cooling down somewhat.